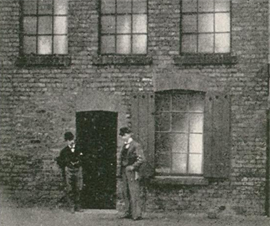 The original Company known as Ward & Goldstone was founded by the late Meyer Hart Goldstone and the late James Henry Ward in Gorton, a suburb of Manchester in 1882.

The company has gone through many transformations and in the early years made the use of a variety of empty mills in and around Lancashire to locate its manufacturing premises.

Ward and Goldstone acquired a number of Volex companies in the 1980s.

Later on, the Ward and Goldstone group became known as the Volex Group and the electrical harness divisions as Volex Wiring Systems.

Ionix High-Performance Wiring Systems was purchased by Volex in 1994 and relocated to Leigh in 2006 where it was integrated with Volex Wiring Systems. The newly formed division became known as the Harness Division.

Work was carried out to move a significant amount of production offshore to Estonia to further reduce operating costs and improve efficiency.

In 2009, a Management buyout was carried out by Bill Taylor (CEO) of the Volex Harness Division and Ionix Systems Ltd. Was created.

Focusing on growing the new company, the assets of Excel Assemblies (UK) were acquired late in 2009.

In October 2013, The Amphenol Corporation acquired Ionix Systems Aerospace. Amphenol already had a large presence in the Aerospace and Military business sectors and the acquisition expanded on Amphenol's presence is an important and growing technology area.

Today, 300 people are employed at Ionix Systems over 3 European locations.